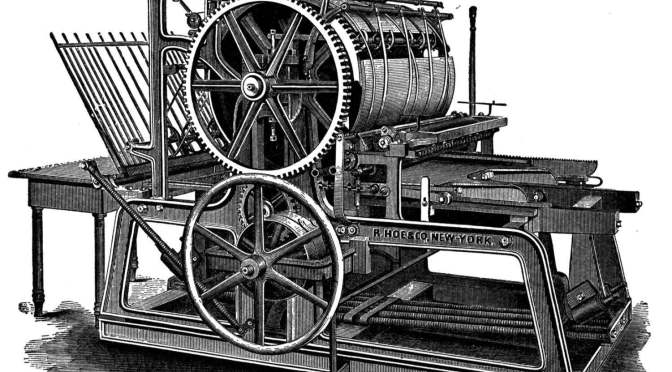 Writing is at its core a technology. Pen, paper, structure and the actual writing of language, are tools within this vocation. It is through use of the written word that a concept like ownership can be systematically recorded and maintained. A concept of what constitutes a religion or witchcraft and how the Bible can endure for centuries. The written word is an apparatus of colonialism and social power constructs. It can be used to both record a history or violently erase the voice, experiences, history and legal claims of entire peoples. The Black or Native technology of recording history can be found in oral culture and traditions. I grew up with Anansi stories, passed down from generation to generation that always carried a moral lesson. Testimonios or testimony of one’s lived experiences carries a very important distinction. Testimonios require not just the telling of a history, but situating it within a critical framework and recollection in context with sociopolitical realities. Testimonio is a weapon than can thwart colonization.

Testimonios can be used to form solidarity and have increasingly made their way into the academy. Testimonios are ways of giving a voice to the silent, to highlight lived experiences and give it the weight that it deserves within academic research. Testimonios are a legit example of colonial refusal. To take a colonial apparatus such as the written word and bend it’s vocation to the will of the unwritten. To provide a voice to those who have been silenced for hundreds of years, dismantling while screaming, loudly, at the master’s house with his own words. It is infiltrating, playing the game and ghosting through the in-between-ness of conventional english and the role it plays in research within the academy.

Feeling marginalized, or made to feel like an Other has been something I have struggled with for years. Recently, I posted on social media in response to a New York Times article that spoke about being color-blind in the context of ending the class vs. race debate[ii]. The article elicited dangerous post-humanistic discussion in the context of race, I gave a testimonio without even knowing what it meant at the time. I spoke to what professing to be color-blind means, the attempt to move past an uncomfortable (for those with privilege) conversation. When people say to me that they are color-blind or “I am not racist, I have two Black friends”—it means that you are racist or feeding into and normalizing the impact of racism. The issue with looking at things from a post-humanistic perspective is that we assume that all races have the same social and economic privilege that comes with being human in the first place. Let me go one step further, to take race and class to a post-human world, then we all would have to be living NOW with all the privileges that rich white men have. We need not strive to live in a world that redacts race and cultural identity, as a means of addressing race and cultural problems. So, until then, don’t give me the color-blind argument. There is no willingness to fix current socioeconomic status issues in that approach; it only maintains current colonial and economic apparatuses. I do not need the apathy.

Regarding testimonios I believe that the relationship between researcher and subject is even more critically important when it comes to methodological impact on intended meanings. Just like any hot new trend, errrrybody wants to get on the bandwagon and say that they are current and timely. However, as Delgado Bernal et. al., state in Chicana/Latina Testimonios: Mapping the Methodological, Pedagogical, and Political, Equity & Excellence in Education about testimonios—the issue is when cultural meaning is lost in translation. My partner is from the Dominican Republic and sometimes she calls me, negrito or negro. Now literally translated it is—my little Black person or Black, but culturally it is used as a common term of endearment. However, someone without that cultural understanding could misinterpret that as a short Black person, or a negro, or terms with greater negative connotation and ignorance.

Pedagogically, I love how testimonios situates within thinking and learning. The colonial structure of education places the mind above the body. I love that testimonios have also transcended to give the body a voice from which to speak from with authority. Education within its existing structures is violent against the body, as if it does not exist. I can see that being true in other structured settings like law, employment, mental health vs. physical health and so much more.

Testimonios can be a powerful tool to highlight the needs for policy and political change within the very same legal/judicial, workplace, health, and socially/colonially constructed spaces, and to dismantle the written word as a colonial technology.